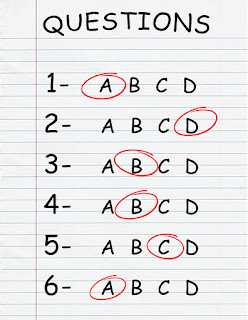 If someone is having a nose bleed, your priority is to control the bleeding and keep their airway open.
Get them to sit down (not be down) as keeping the nose above the heart will reduce bleeding.
Get them to lean forward (not backwards), to make sure the blood drains out through their pause every ten minutes, until the bleeding stops.

Encourage them not to speak, swallow, cough, spit or sniff because this may break blood clots that may have started to form in the nose.
If the bleeding is severe, or if it lasts more than 30 minutes, call for medical help.

A kangaroo is an animal found only in Australia. It has a small relative called a wallaby, that lives in Tasmania and New Guinea. Kangaroos eat grass and plants. They have short front legs, long and strong back legs and a tail. These are used to sit up and jump. Kangaroos are well known for their 8-meter forward jumps and more than 3-meters high leap across fences. They can also run at the speed of over 45 kilometers per hour. The largest kangaroos are the Great Grey Kangaroos and Red Kangaroos. Adult kangaroos grow to a meter in length and 90 kilos in weight. Kangaroos are marsupials. This means that the female kangaroo has an external pouch on the front of her body. The baby kangaroo is very tiny when it was born. It right away crawls into its mother’s pouch where it spends the first five months of its Life.

27. What is the purpose of the text?
A. To inform Kangaroo’s uniqueness.
B. To report the features of Kangaroo.
C. To encourage Kangaroo’s preservation.
D. To describe how a Kangaroo looks like.
E. To raise awareness of Kangaroo’s special status.

28. We can conclude from the text that ….
A. the largest kangaroos are the males
B. the male kangaroos do not have pouch
C. kangaroos only eat grass and plants that .grow in Australia
D. Tasmania’s and New Guinea’s wallabies are different in size
E. the new born kangaroo is also skillful in jumping and leaping

29. Which of these statements is contrary to the fact?
A. Kangaroos are not carnivorous.
B. Kangaroo is native animal of Australia.
C. All wallabies are of smaller size than Kangaroos.
D. All marsupial females have pouch on the front of their body.
E.. Baby Kangaroos leave their mother’s pouch at the age of five months.

30. Look at the underlined word ‘pouch’. Which of the following words is closest in meaning to it?
A. Saving.
B. Purse.
C. Compartment.
D. Pocket/
E. Holding.

The Dangers of Typing SMS while Driving

The popularity of mobile devices has bad some dangerous consequences. We know that mobile communications are linked to a significant increase in distracted driving which results in injury and loss of life.
The National Highway Traffic Safety Administration reported that in 20 IO driver
distraction was the cause of 18 percent of all fatal crashes – with 3, 092 people killed – and
crashes resulting in an injury – with 416,000 people wounded.
The Virginia Tech Transportation Institute found that text messaging creates a crash risk
23 times worse than driving while not distracted.
Eleven percent of drivers aged 18 to 20 who were involved in an automobile accident and
survived admitted they were sending or receiving texts when they crashed. Distracted driving endangers life and property and the current levels of injury and loss are unacceptable.

32. What does the passage tell us about the writter’s opinion on the issue at hand?
A. Text messaging creates more risk than undistracted driving. B. Mobile communication doesn’t have relation with accident. C. Many people lost their lives because of injury.
D. Distracted driving is still safe for the drivers.
E. Only adult drivers involved in the accident.

3 3. From the text, we know th.at …
A. The mobile phone should be banned in the street.
B. Distracted driving makes accident more rarely to happen.
C. Most of the accident caused by the condition of the road.
D. 18 percent of fatal crashes were caused by unnoticed street signs.
E. Drivers involved in car accidents admitted they were texting when they crashed.

Galileo Galilei (1564-1642) – Astronomer and Scientist. Galileo developed a superior telescope and made many significant discoveries in astronomy. He was sentenced to life imprisonment by the inquisition for his support for the Copernican theory that the sun was at the centre of the solar system.

Galileo was born in Florence, Italy in 1564 to a poor but noble family. His parents recognised their child’s innate intelligence and talents and so made sacrifices to have him educated. At his father’s insistence, Galileo studied the profitable career of medicine. But, at the University of Pisa, Galileo became fascinated in a wide range of subjects. He was also critical of many of Aristotle’s teaching which had dominated education for the past
2,000 years.

Galileo was appointed to be a mathematics professor at the University of Pisa, but his strident criticisms of Aristotle left him isolated among his contemporaries. After three years of persecution, he resigned and went to the University of Padua, where he taught maths. His entertaining lectures attracted a large following and he was able to spend the next 18 years pursuing his interests in astronomy and mechanics.

35. Something that we can learn from Galileo Galilei’s biography is ….
A. we must always believe whatever the society believes to avoid getting persecuted
B. we must never go against the believe of the society to avoid getting imprisoned
C. we should believe in something and stay faithful to it no matter how hard
D. we must sacrifice everything to get ourselves educated
E. we should spend 18 years to pursue our interests

37. According to the biography, why did Galileo Galilei resign from his teaching job at the
University of Pisa?
A. He had attracted many followers.
B. He was persecuted for three years.
C. He was appointed as a mathematics professor.
D. He had a better offer from the University of Padua.
E. He wanted to pursue his interests in astronomy and mechanics.

38. “His parents recognised their child’s innate intelligence and talents and so made sacrifices to have him educated.” (Paragraph 2)
The underlined word is closest in meaning to ….
A. acquired
B. ingenious
C. multiple
D. inborn
E. strident